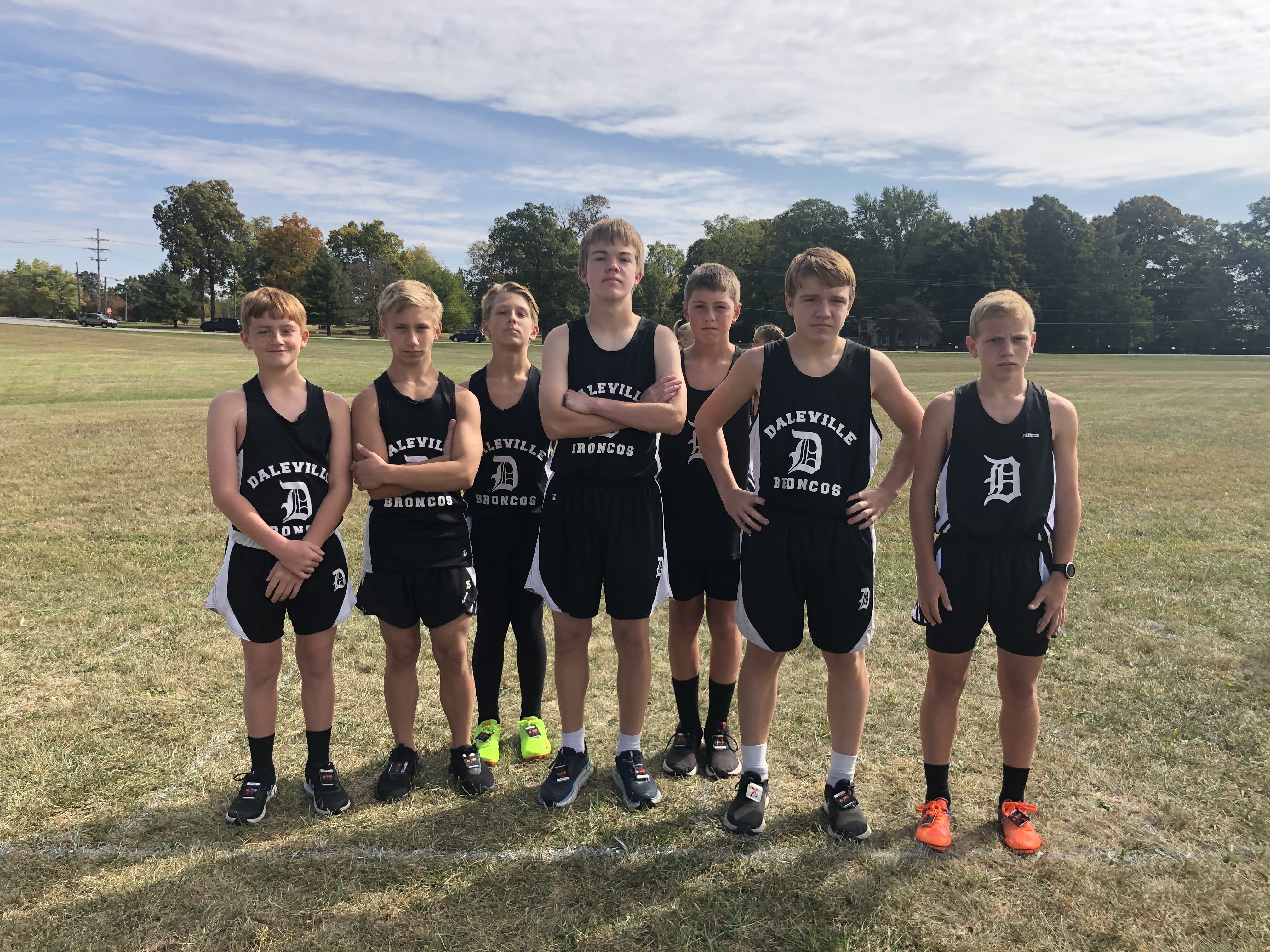 Noah Colvin once again led the boys to their victory with a fifth place overall finish, but not without Bryce Hammerlund and Corin Withers right behind him in 7th and 8th place. Hayden Johnson came through right at the finish to pass two Monroe Central athletes and take 14th place. The fifth scorer for the Daleville boys was Bryson Sigler who had a great race and finished 17th.

The girls team placed third, falling to Monroe Central and Shenandoah. Leading the girls once again was Abi Covert who finished 12th overall. Addi Gothrup achieved her goal of finishing second for Daleville in 16th place with Macy Kirkpatrick just one second behind her. Wrapping up the Lady Bronco scorers were athletes Makenna Corbin and Jolene Byrd in 22nd and 28th place.

Both of these teams have had an amazing season. Athletes were constantly setting new personal bests and competing for new positions. The boys team was only defeated once by one team in the County tournament. These runners have a lot to be proud of. The way you represent your school and community is second to none. Until next year, Bronco cross country!