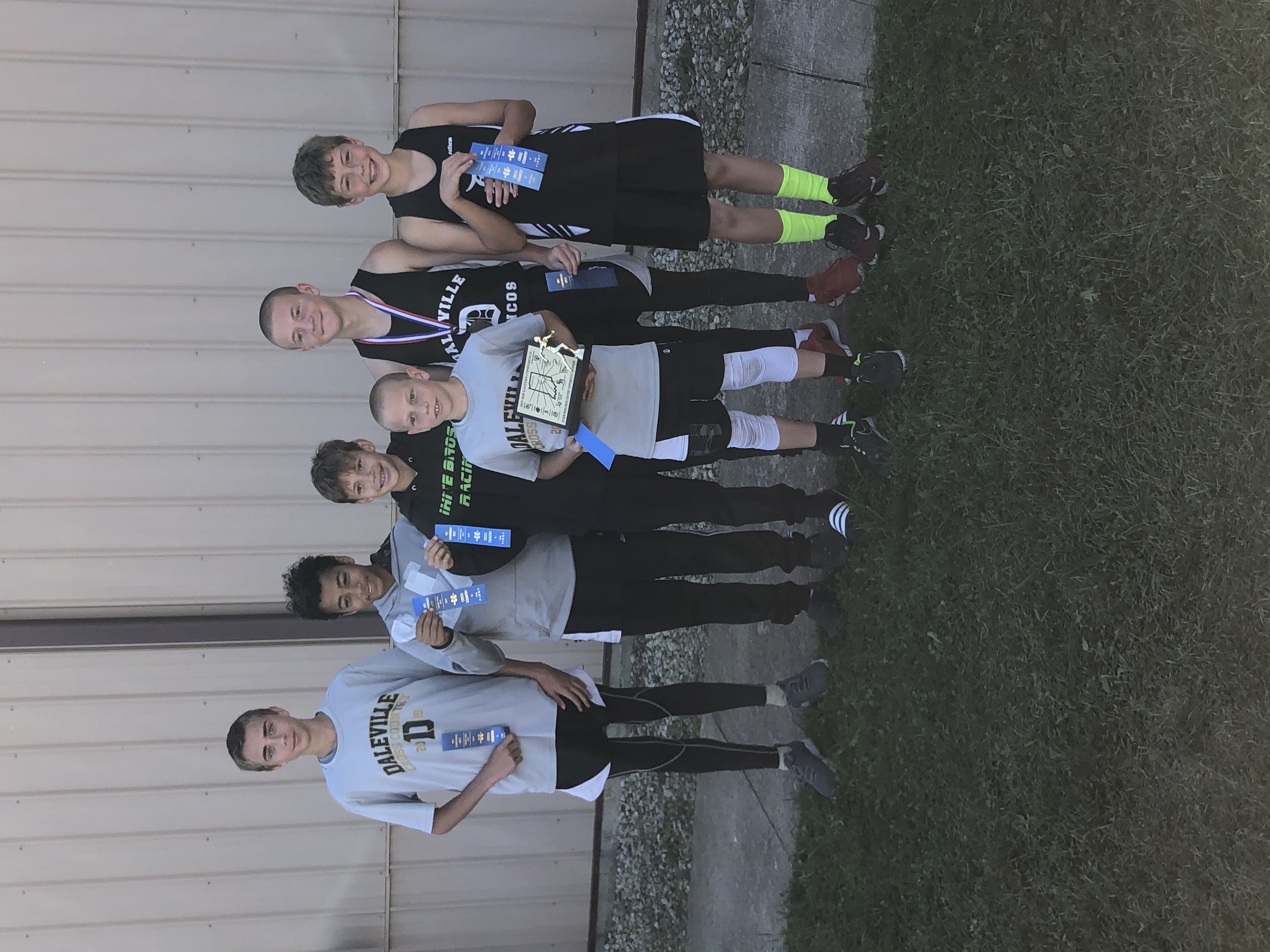 What a season the junior high cross country team had this year. It was a season they should be proud of. The boys wrapped up their season winning the Conference Invitational, and the girls ended their season with third place after a tie breaker for second.

Leading the boys to their victory, as he has all season, was 8th grader Ethan Colvin. Colvin finished 3rd place overall with a time of 11:45 to earn another medal to add to his collection this year. Younger brother, Noah Colvin, had an amazing race today finishing second for the team and 9th place overall and a time of 12:33. The rest of the Bronco scorers filed in behind him with Meryck Adams in 10th, Colten Wilson in 11th, and Max White in 12th, which is what allowed Daleville to to win the meet. Way to run today, boys!

The girls also had a great race today after a great season. After not having one of their top runners, they tied for second place, but after the tie breaker, they ended up in third overall. Makenna Corbin ran one of her best races of the season and finished first for the Lady Broncos in 7th place with a time of 14:30. Running second place for the team was Brooklyn Lindsay in 8th. The rest of the Lady Bronco scorers were About Covert, 10th, Macy Kirkpatrick, 14th, and Addi Gothrup in 20th. awesome job, ladies!

Today concluded the junior high’s cross country season. It was filled with so much hard work, passion, team work, and dedication. These boys and girls should be every bit as proud of themselves and their coaches are.

The Fall Sports Banquet will be November 7th in the main gym at the high school at 7pm.